While I can prattle on endlessly about orangutans, sex robots and Applebee’s here on Do Not Get Sick in the Sink, Please, I often find myself at a loss for words when I’m reading your blog and fail to leave a comment.

Another part has to do with my anxiety over turning into an internet crank, you know, one of those people who spend their time on different websites, commenting on every single godforsaken article, even the daily horoscope. Does anyone really need to know about that disastrous blind date you went on during the first phase of Venus retrograde? No, I don’t think so. I only came here to get my lucky numbers for the day, not to hear about some loser who made you split the check at Olive Garden. 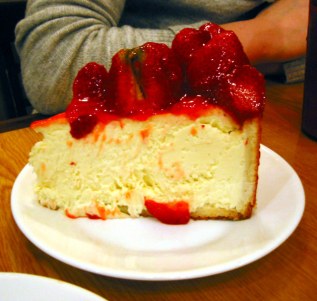 Next, I’ll blame my lack of comments on the fact that maybe I’ve matured enough to where I no longer feel the need to correct or confront people on the internet. For example, I’m happy to just let you go on thinking cheesecake isn’t a cake at all, it’s really a pie, even though you could not be more wrong, but, hey, it’s your blog, I guess, and, anyway, you just got 117 Likes on your “Cheesecake Should Be Called Cheesepie” post, so I must be the only person in the world who believes names matter, goddammit, and we shouldn’t call something one thing when it’s really another thing, so fuck you and your idiot readers.

Other bloggers have taken a different approach, such as the good folks over at Above the Law, who decided to turn off all comments, so even if readers are drama queens, or internet cranks, or immature, they won’t be able to display those tendencies all over that blog. In a post published a few weeks ago, the site explained its reasoning.

Today the comments are not what they once were. Although occasionally insightful or funny, ATL comments nowadays are generally fewer in number, not very substantive (often just inside jokes among the commentariat), yet still often offensive. They also represent a very small percentage of our total traffic (as we can tell because of the click required to access them).

After I read that post,  I started to question my understanding of blogging. I’d always thought the ability of readers to comment, to talk back to the author as well as talk to one another, was one of the unique features of blogging, and bloggers who did not want to engage with their readers would be better served by going to a public park and standing up on a soapbox than by this particular medium.

Can you blog without comments? 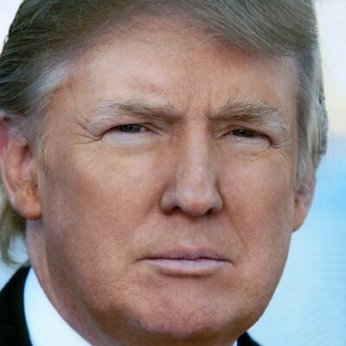 I’m sure he thinks his farts smell awesome.

While I was composing this post, the state of Indiana held its presidential primary. Donald Trump won on the Republican side and Bernie Sanders won for the Democrats. Looking for some insight into the race, I turned to the blog FiveThirtyEight. If you’re not familiar with that blog, I’ll explain that it focuses on the statistical analysis of politics, economics and sports. Lots of numbers, lots of graphs and charts, lots of smart bloggers blogging smart stuff. Here’s a comment that was left over there.

Haha Hillary lost. You were wrong but you can’t admit it, because your farts smell so awesome.
Reply · 5 hrs

After I read that comment, I reflexively thought, “The bloggers at Above the Law are right!” and everything that I believed about the free flow of information and ideas and the tolerance of divergent opinions on the internet went out the window.

And I know there have been far worse (far, far worse!) things said on the internet, and I’ve blogged about how women, especially, are attacked and harassed (here and here and here) but this stupid comment just struck me as the poster child for disabling comments.

I guess that’s all I’ve got to say on the subject, other than I’ve enjoyed leaving comments in the past, and I always look forward to the comments left here, but now the Chris Valentinis of the world have got me wondering.

Anyway, what do you think?

Royalty free stock photos including the images in this post can be found at freeimages.com. The image of Donald Trump is believed to fall under the doctrine of Fair Use.