Here’s a question for you: what do you do when you have a product no one will buy? 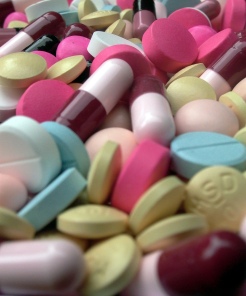 Let me tell you why: last year Valeant acquired Sprout Pharmaceuticals, a company which readers of this blog may recall from the post Her Eyes Say Yes (It’s Just the Medication Talking) as the manufacturers of the so-called female Viagra, Addyi (flibanserin).

Not quite one  year and one billion dollars (the price Valeant paid for Sprout) later, it appears that most women don’t feel the need to be turned into an insatiable sex zombie (or whatever the drug is supposed to do), and  Valeant has been forced to slash the drug’s sales force.

So what will Valeant do with (I’m guessing) warehouses full of a product that no one will buy?

If you have the answer to that question, can you let me know? Like Valeant  I, too, have been trying to sell a product that no one wants to buy: my writing. Long time readers of this blog are familiar with my trials and tribulations getting published but mostly not getting published.

Is it time for me to realize that my writing is like the so-called female Viagra, a product no one really wants?

Last year, my blogging schedule tapered off from “Once or twice a week or so” to “Definitely at least once a week” to “Once a month or so” and finally fell into “Is she even blogging anymore?” status. A blogger friend noticed I had not been posting and asked, “Don’t you miss it?”

Truthfully, blogger friends, I can say that I did not. It helped (hurt?) that my professional career had finally stabilized, and I couldn’t justify spending what little free time I had working on my fantasy career.

If we turn the clock back even further, back to a year and a half ago, I finished a novel-length work during the annual Nanowrimo challenge. As I toiled at my dining room table that November, typing away on my laptop, my older daughter noted the National Novel Writing Month motto.

Because she shares her mother’s slightly cruel sense of humor, for the rest of that month, my daughter would walk past me and say, “Don’t believe it, Mom. The world really doesn’t need your novel.”

While discussing the difficulty getting published and my readiness to chuck the whole enterprise unless someone, somewhere put a few dollars in my pocket, yet another blogger friend counseled me.

“You should keep writing because you enjoy it,” he said. “That should be reason enough.”

I considered his advice and posted irregularly, haphazardly.

I’m starting a new job today. Right now, as you read this post, I’m probably going through some sort of new employee orientation. In preparation for my new position, I moved all the files on my laptop to an external hard drive this past week. One of the files I moved is that novel I wrote the November before last. I opened the file and read a bit of what I’d written.

And I thought, “I really like what I wrote here.”

And I thought, “Why haven’t I pursued this the way I promised myself I would, back when I wrote it?”

Unlike Valeant, who hired a whole sales force to shill Addyi, I never did anything with the manuscript, except hand it off to two beta readers. One of them loved it, the other hated it, giving a single line of critique, as though she were a high school guidance counseler who spotted the class valedictorian working behind the counter of a McDonald’s.

“I expected so much more from you,” she said.

Glancing through the manuscript the other day, I remembered why I’d given up in the first place: I could no longer tell whether I improved the work with my edits, or if I just changed it. Now I see a lot of glaring errors: lots of passive voice, my usual trouble with commas, an ending that doesn’t quite work.

I guess I’m at the same fork in the road as Valeant is with Addyi. Do I regroup and rethink my product, my writing? Or do I realize, like maybe Valeant should, sometimes the world doesn’t need  what you’re selling?

Royalty free stock photos including the images in this post can be found at freeimages.com.

* For purposes of this blog, an “absolute fuckton” is 228 posts, apparently, because that’s how many I’ve written, counting this one.

**Perhaps if I had written a novel about insatiable sex zombies, I’d have a better chance getting it published.